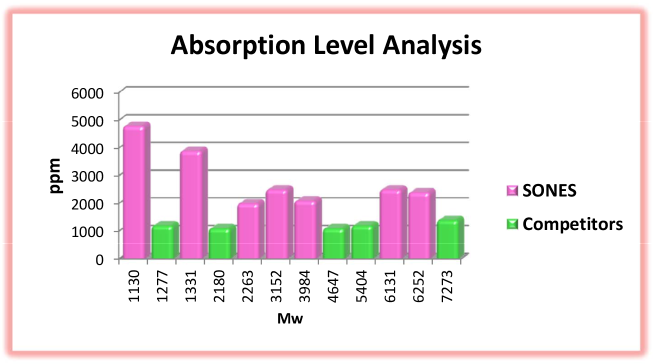 A significant amount of resources have been allocated by our longtime collagen partner, towards both an improved understanding of the bioavailability of our collagen material, and an optimized peptide composition, providing the greatest efficacy, and not simply focused on molecular weight.

As such, our product differs from almost every other collagen supplement available, with the research and development focused specifically on two dipeptides:
• Prolyl-Hydroxyproline (Pro-Hyp, or PO)
• Hydroxyprolyl-Glycine (Hyp-Gly, or OG)

It has been reported by Liu et al. that PO and OG were not easily broken down during the process of intestinal absorption1. These results suggest that, because of their characteristic structure, PO and OG are hardly cleaved by proline-specific peptidase in blood and during the process of intestinal permeation, meaning that these substances are poorly metabolised2, leading to an increased absorption in bloodstream.

The analysis was performed utilizing the Caco-2 cell layer model, which is widely used throughout the pharmaceutical industry to predict absorption. As shown in the graph above, our collagen achieved a high level of absorption compared to competitors, primarily due to the high ratio of PO and OG. 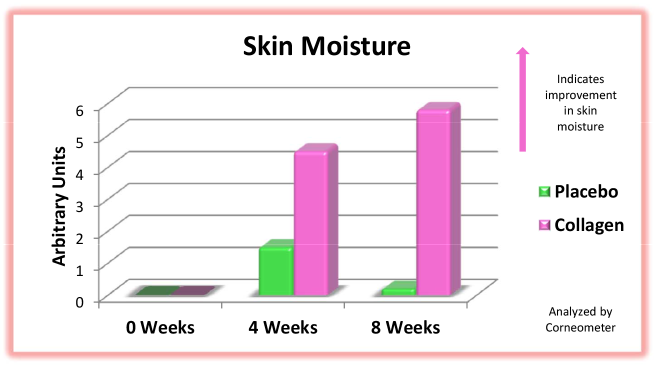 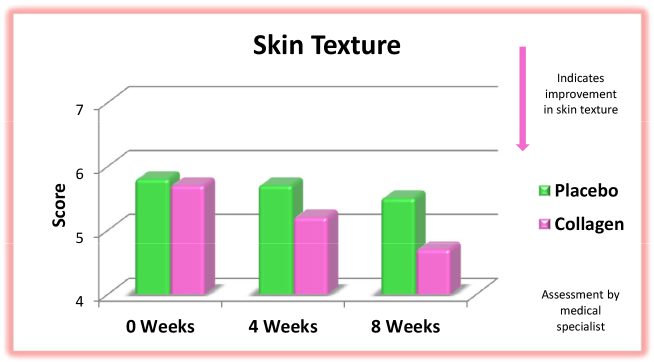 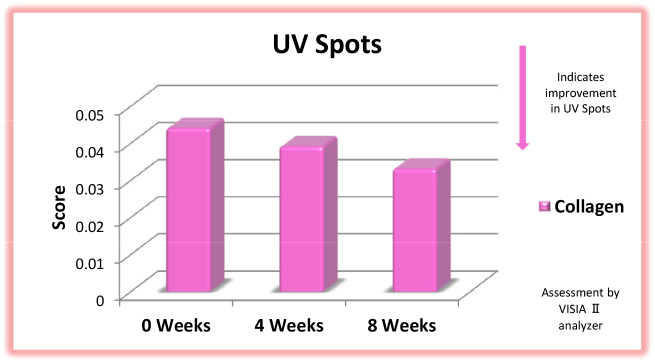 It has been reported in Health Sciences Vol. 28 No. 2 2012, and elsewhere, that an orally-ingested hydrolyzed collagen is more likely to be transported to human dermal and epidermal tissues via the peripheral blood vessels in the form of di- and tripeptides after being absorbed into the blood. Proly-hydroxyproline（Pro-Hyp, or PO）and Hydroxyprolyl-Glycine (Hyp-Gly, or OG) are two major components of them3-7.

In the case of a Skin Moisture study, as reported in the 6th Japanese Society for Amino Acid Sciences (JSAAS), Summary p56, 2012, a randomized double-blind method was employed with daily ingestion of 5g of collagen and placebo for 8 weeks. The subjects were healthy Japanese females aged 35 to 55 years with a subjective symptom of skin roughness or dry skin.

Analysis was performed by a Corneometer, a well established and internationally recognized method to reproducibly and accurately determine the hydration level of the skin surface.

Results, as shown in the graph to the right, show anywhere from 200% to more than 1000% improvement in skin moisture, with significant change seen in as little as 4 weeks.

As part of the same study containing the Skin Moisture results above, Skin Texture was analyzed, with clinical assessment performed by a medical specialist.

Results, as shown in the graph to the right, show greater than a 15% improvement from 0 to 8 weeks, with continuing improvement relative to both the placebo group, and the previous assessment period.

In the case of a UV spot study, a randomized double-blind method was employed with daily ingestion of 5g of collagen and placebo for 8 weeks. The subjects were healthy Japanese females aged 35 to 50 years with a subjective symptom of skin roughness or dry skin.

UV spots were examined using VISIA II, a method that detects multiple characteristics, including UV spots on the facial surface by means of image analysis, and evaluates the dimension ratios in proportion to the total measured dimensions as an absolute score.

These measurements were performed prior to first ingestion, 4 weeks and 8 weeks after ingestion.

For the ingestion of the placebo, no changes were observed, while the area of UV spots decreased by more than 20% between first ingestion and both the 4 week and 8 week points after ingestion.

Dipeptides Prolyl-Hydroxyproline (Pro-Hyp, or PO) and Hydroxyprolyl-Glycine (Hyp-Gly, or OG) are suggested to modulate cells and the extracellular matrix in the skin. It is therefore believed that the peptides decrease the area of UV spots of human skin by modulating the dermis, and probably the epidermis. 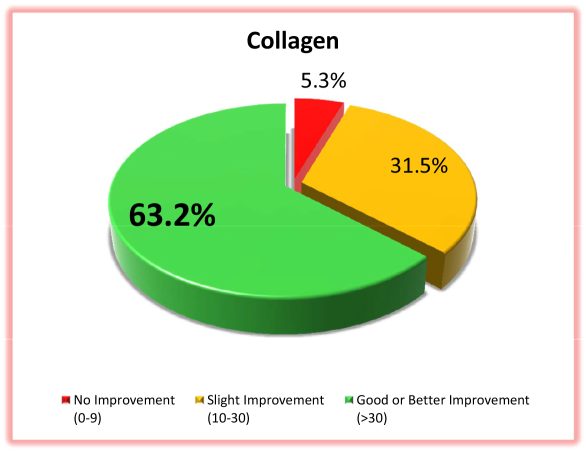 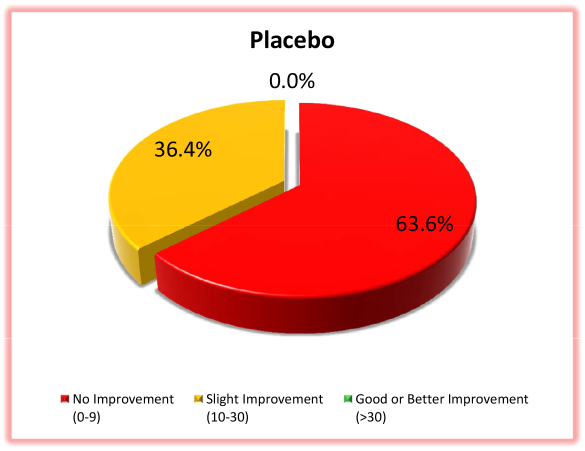 In the case of a Knee Osteoarthritis (KOA) study, as reported in the 4th Japanese Society for Amino Acid Sciences (JSAAS), Summary p67, 2010, a randomized double-blind, placebo-controlled method was employed with daily ingestion of 10g of collagen and placebo for 13 weeks.

The 32 subjects were documented to have Grade 2-3 KOA, and were otherwise healthy.

Of the 32 subjects in the study, 12 were in the placebo control group. All were assessed by both WOMAC and VAS scoring.

The VAS, or Visual Analog Scale for pain, is a unidimensional measure of pain intensity10, which has been widely used in diverse adult populations, including those with rheumatic diseases11-14. It is conducted by doctors, asking a patient to rank their pain on a scale from 0 to 100. The score is expressed as the difference between the first and last assessments.

As can be seen from the results in the graphs on the right, greater than 63% of the collagen based group reported a good or better improvement of >30, while and even greater percentage of the placebo control group reported no improvement at all.

In pharmaceutical applications, the target VAS score is 50% or greater. Therefore, 63% is considered a significant improvement, especially in a dietary supplement application.